The Junkers Ju 388 of the National Air and Space Museum is stored in Building 7 of the Silver Hill facility. Due to the lack of space in that building, the plane is dismantled, and it is very difficult to take good photos of the fuselage. Moreover, it is rather dark in that building, and my flash could be stronger...
My most beautiful outside view is the following photo of the cockpit section also on display on the main page. The periscope used to adjust the tail gun turret can be seen where the cockpit merges into the fuselage. Just below is a half-open maintenance hood. You can also see where the wings were attached, probably because the plane was repainted at least once in the USA. The paint is weathered as the plane was first stored outdoors. Within the contour of the wing are the connections for rudde control, fuel and oil. 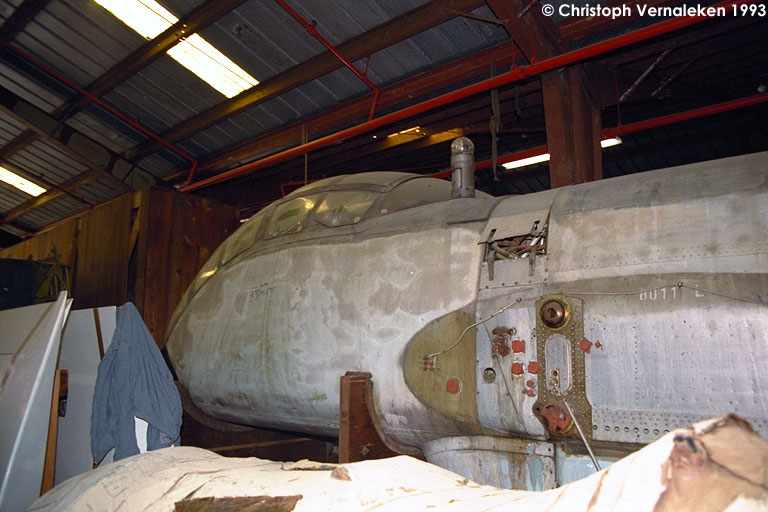 The second image on our tour is brand new. It was taken on August 30, 1999 and shows the fuselage on its new steel stand in a different building (accessible on the Garber tour!). Considerable cleaning has ben done. Even the camouflage pattern atop the fuselage, though most likely not the genuine one, can be seen now. 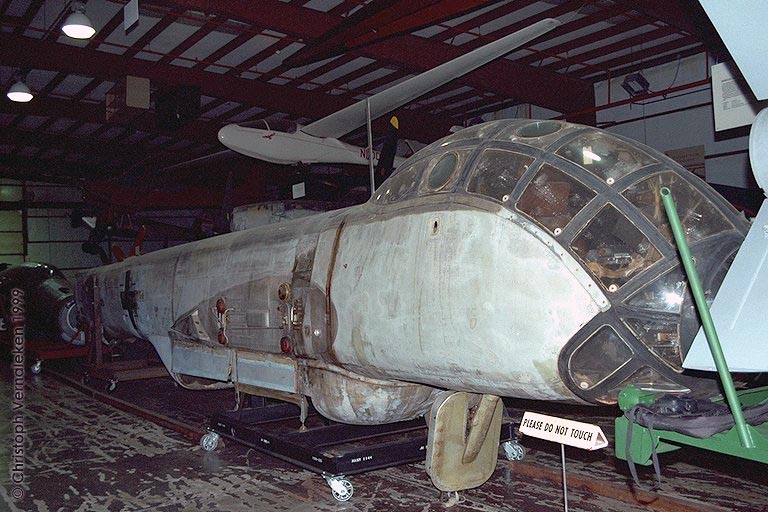 More details become visible in the shot below, which shows the cockpit section of the fuselage only. Most prominent seem the masses of yellow wire connecting the instrument panel and the other devices in the front cockpit. 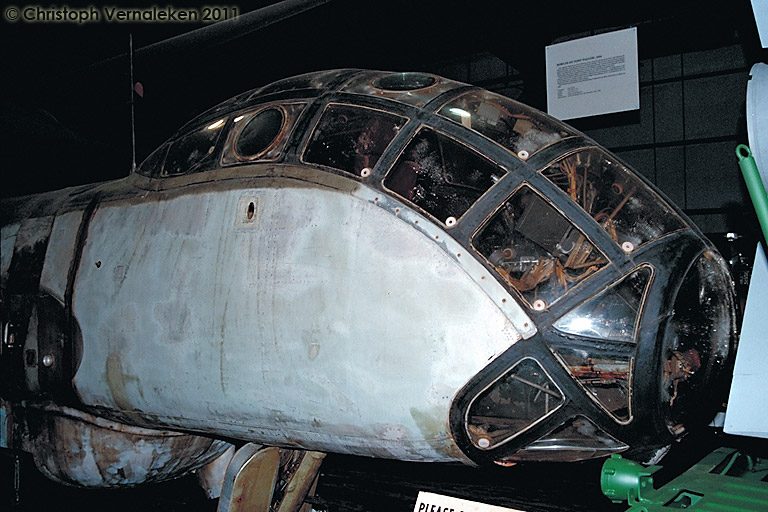 In order to prevent long upload times, we'll continue our tour on the next page.